An interesting ruling on costs in group litigation 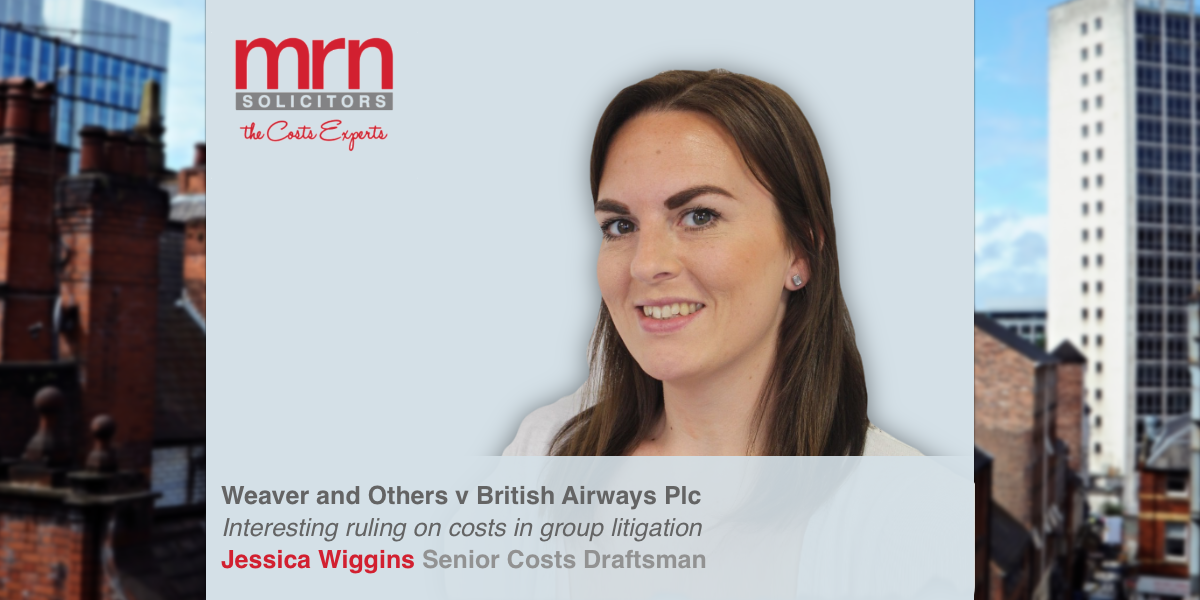 In Weaver and Others v British Airways plc (No. 2) [2021] Costs LR 163 the Court ruled that the cost of preparing and sending an email to thousands of individual clients attaching a generic letter, a separate claim having been made for drafting the generic letter itself, was not a recoverable cost.

The hearing took place in the context of the ongoing British Airways data breach group litigation which concerns cyber-attacks made on electronic systems used by British Airways, resulting in the disclosure of confidential customer data. As a result, as many as 500,000 individuals have joined together in a group action claiming that British Airways failed to put in place appropriate security measures to safeguard their data, contrary to the General Data Protection Regulation (2016/679), thereby causing them loss and harm.

“I have already dealt with generic (or common) costs which are very substantial on both sides, running into many millions of pounds. Earlier in these proceedings (at the first hearing), I decided that there should be budgeting of individual costs where there was a dispute between the parties as to whether this had been intended. I noted that there was no express “carve-out” (excluding individual costs) from the costs budgeting which the parties had agreed to adopt but that the claimants’ solicitors may have proceeded on the basis of a misapprehension or misunderstanding as to the position in this regard. I accordingly made directions for the submission of an individual costs budget. Since then they have provided an individual costs budget (in a number of forms) and I have heard argument in relation to that budget this afternoon (there having been insufficient time to resolve this question at the second CCMC hearing).”

The individual costs were claimed in each case at £624 and a number of points were taken in relation to the individual items claimed though the broad preliminary point made by the Defendant was that a great deal of the costs were “clerical” in nature and as such, were not recoverable. Mr Justice Saini was of the view that he did not have sufficient information before him to make a ruling on whether the future costs being sought were clerical or true legal costs and accordingly, in line with the ruling in Motto v Trafigura [2011] EWHC 90201 (Costs), he held this issue would be deferred for Detailed Assessment. However, he did make the general observation that there were items claimed for administrative data entry, creating pdfs, sending texts, and accounting matters appeared to be clerical work rather than true legal work.

Mr Justice Saini did make a ruling, however, on the question of what had been referred to as “round robin” letters, generic letters sent to the thousands of Claimant updating them as to the progress of the litigation. His first ruling was that between the present hearing in March 2021 and the Trial in 2022, a claim for six updating letters was excessive and that this ought to be reduced to two. He observed that the “brain work” of drafting the updating letter had already been accounted for within the generic budget which he had dealt with at a previous hearing and that what was being claimed here was simply the time taken to email this letter to thousands of individual Claimants.

A claim was made for 1 minute of chargeable time per case to email the letter to the client and if such a claim was allowed, Mr Justice Saini observed that the associated costs could run into hundreds of thousands of pounds.

“I am not satisfied charging on the basis of this approach would be either reasonable or proportionate. As I explained at the hearing, my view is that the sums claimed are excessive for the relatively straightforward matter of what seems to me (based upon my own basic and limited technological knowledge) to be the act of undertaking some keystroke work to enable a mailing of the already drafted letters to clients whose details are already electronically stored.”

It is therefore clear that parties to group litigation will need to consider carefully whether the items they are seeking to claim can be considered true legal costs. Further, it is apparent from this that the Courts are not afraid to take a hard line on costs in order to keep them proportionate to the matters in issue.