Indemnity Costs and the Courts Discretion 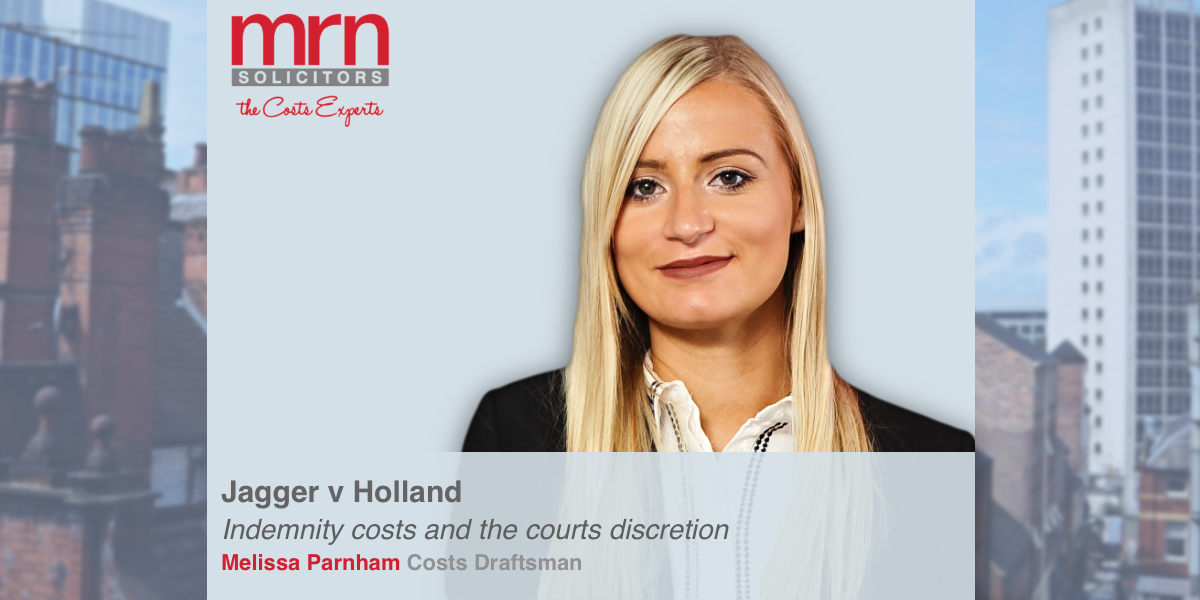 In Jagger v Holland [2020] EWHC 1197 (QB) a successful Defendant was not permitted to recover costs on the indemnity basis partially due to a failure to engage in ADR, despite making a time limited offer during the course of proceedings not to seek recovery of costs should the other two (unsuccessful Defendants) have agreed to withdraw their allegations. The Court did, however, award costs on the standard basis to be paid by the First and Second Defendants.

The Relevant Rules and the difference between standard and indemnity costs

Pursuant to CPR 44.3(4) the default position is that costs are payable on the standard basis.

Costs on the standard basis are only allowed if they are reasonably incurred and proportionate to the matters in issues and in the event of the assessment Judge having a doubt as to whether or not an item of cost has been incurred reasonably, the benefit of such doubt is with the paying party. With a finding of indemnity costs, however, CPR 44.3(3) provides that the Court will resolve any doubt which it may have as to whether costs were reasonably incurred or were reasonable in amount in favor of the receiving party. A finding of costs on the indemnity basis can therefore have a significant impact on the level of costs recovery.

A finding of indemnity costs is therefore a matter for the discretion of the Court unless the provisions of Part 36 apply. Such provisions being where upon Judgment being entered into, a Claimant has failed to beat a Defendant’s Part 36 offer or where Judgment against the Defendant is at least as advantageous to the Claimant as the proposals contained in a Claimant’s Part 36 offer. In such cases Part 36.17(4)(b) provides that unless it is considered unjust to do so, the Court must make an order for costs on the indemnity basis (from the date on which the relevant period expired).

The finding of a costs order against co-Defendants in itself is a welcome deterrent for cases where Defendants are denying liability and passing the blame, which often does leave Claimants with no choice but to issue against numerous Defendants.

Whilst the Court did make a finding of costs on the standard basis, the refusal of the Court to use their full discretion and make an order for indemnity costs against the unsuccessful Defendants is a reminder of the importance of engaging in ADR and the bearing that this can have on the type of costs order to be made in a party’s favour.

The case also illustrates the importance of offers, with the Court distinguishing the Third Defendant’s time limited offer from a Part 36 offer or Calderbank offer which would not have been automatically withdrawn on expiry of a relevant period of time.