Welcome guidance on the application of CPR 3.14 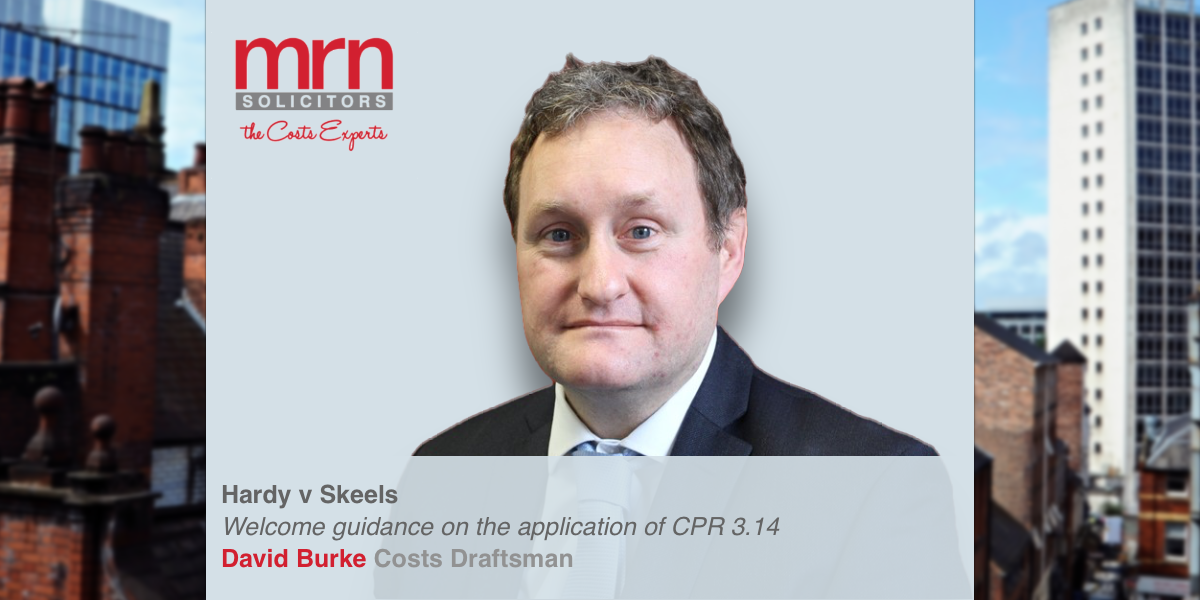 A decision which may have been missed by many is the County Court decision of HHJ Rawlings in Hardy v Skeels (4th March 2021, County Court at Stoke) relating to the “Court fees only” sanction applicable in accordance with CPR 3.14 upon the late filing of a Costs Budget.

A CCMC had been listed in the substantive action whereby budgets were ordered to be filed seven days prior to the hearing. The Claimant’s budget was filed one day late. Five days later, the Defendant accepted, out of time, the Claimant’s Part 36 offer which had been made more than two years previously. The Claimant served a Bill of Costs to which the Defendant filed Points in Dispute contending CPR 3.14 applied and the Claimant was entitled to Court fees only.

The initial decision by the District Judge on Detailed Assessment was that that the Claimant should be restricted to Court Fees only in respect of their costs – to include both incurred and budgeted costs. This was based upon the interpretation of the decision in “Mitchell v News Group” [2013] EWCA Civ 1537 and following the Defendant’s reliance upon the decision in “Ali and Anor v Channel 5 Broadcast Ltd” [2018] EWHC 840 (Ch). The District Judge commented that the use of the word “budget” was a shorthand routinely used by judges and advocates which incorporated all costs and disbursements in a Precedent H. The Judge further commented that the sanction was “intentionally draconian” and would not be so if it only related to the budgeted costs.

On appeal to the Circuit Judge, HHJ Rawlings found that there were anomalies between CPR 3.14 and the rules within CPR 3.15 and 3.18 and found that CPR 3.14 should not be considered in isolation but in conjunction with 3.18. In accordance with the decision in “Harrison v University Hospitals Coventry & Warwickshire NHS Trust” [ 2017] EWCA Civ 792 (paragraph 47), it was confirmed that the incurred costs were not within the ambit of CPR 3.18 and accordingly CPR 3.14 could not restrict the defaulting party’s incurred costs to Court fees only. The sanction would therefore only apply to future, budgeted costs.

Whilst only a persuasive precedent, the decision offers welcome clarity regarding the application of the sanction under CPR 3.14 and also highlights the importance of complying with the CPR and Court deadlines in respect of budgeting, even if the matter looks like it may settle, or to seek immediate relief if failing to comply.