Can you instruct a firm outside your locale? 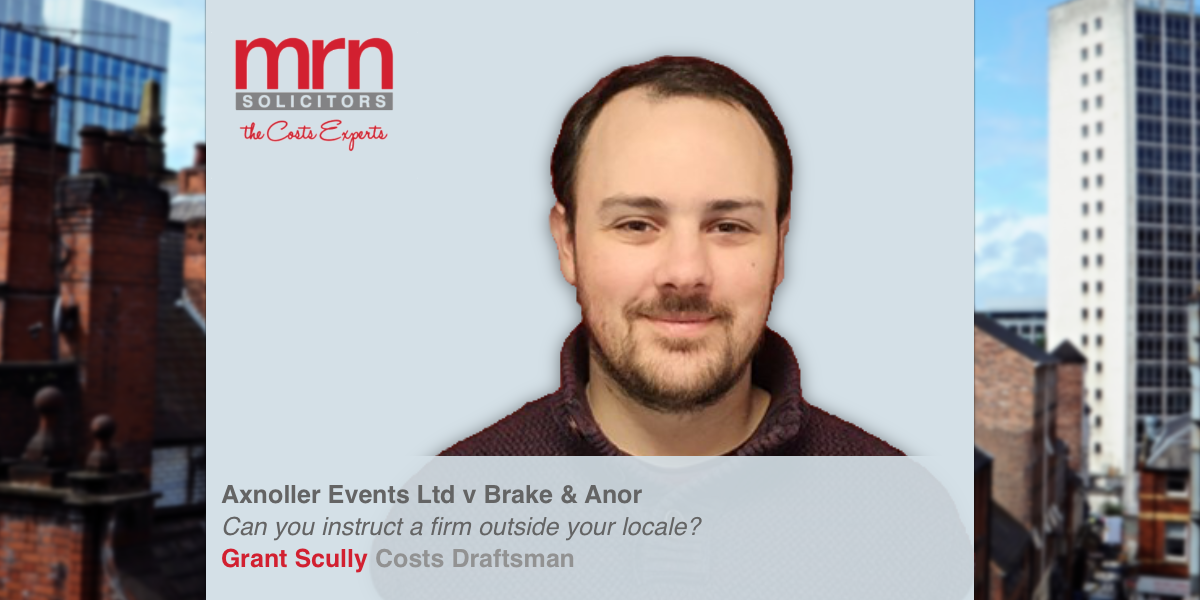 Many litigators will be aware of the historic case of Wraith v Sheffield Forgemasters Ltd [1998] in which it was considered when it is reasonable for a firm not located in the client’s local area to be instructed.

However, costs is a fast paced environment and Wraith is now more than 20 years old. How well does the case hold up?

In Axnoller Events Ltd v Brake & Anor [2021] it was considered whether it is reasonable to instruct a London firm when the client is based outside of London.

The following factors were considered relevant:

As the judge commented instructing a London firm will almost inevitably mean the use of a higher hourly rate, but this does not automatically mean that the costs are unreasonable. However, it will always be for the Receiving Party to show why it was reasonable for a London firm to be instructed. Numerous reasons were put forward here, with one key point being that the matter had a very significant impact upon the parties, being a possession claim valued in the millions.

The matter itself was complex with a set of possession proceedings being brought and a set of eviction proceedings being brought. The background of the claim was also lengthy and complex, with the issues going all the way back to 2004. Various disputes, including an employment claim had continued until present. Due to this the Court agreed that it was reasonable for a London firm to be instructed.

While Wraith is now very old in costs terms, the lessons are still valuable today.

While not the main focus of this matter, it also worth remembering that while new Guideline Hourly Rates will soon come into force, as the Court agreed here, they are still a guideline and only a starting point. The Court will still be willing to hear arguments that higher rates should be allowed.