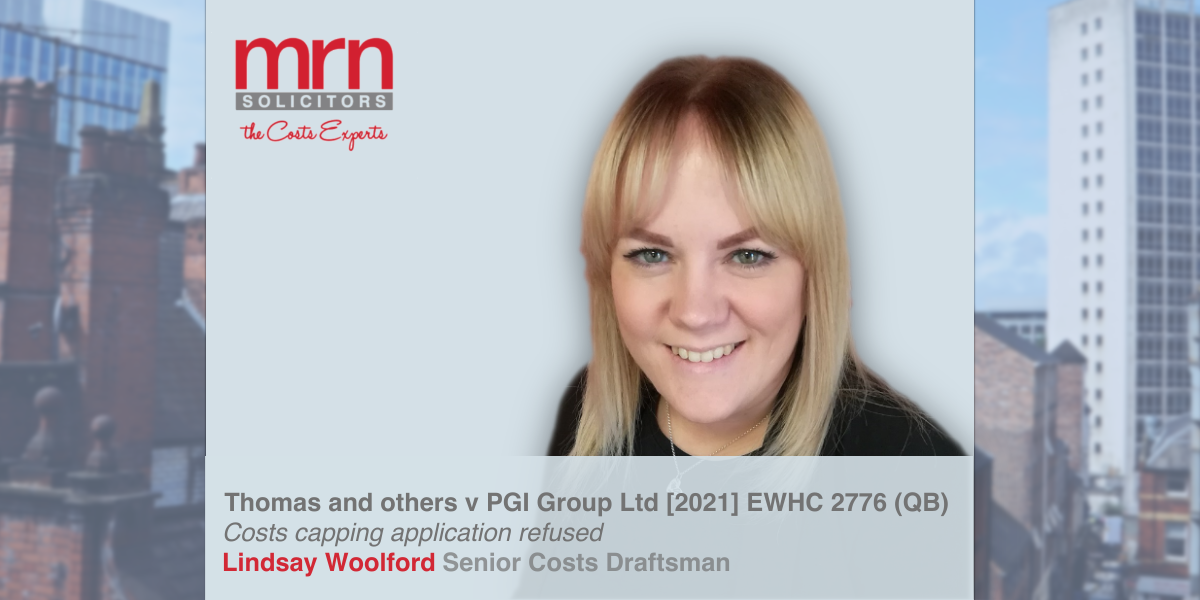 The matter involved 31 Malawian women who were employed by the Defendant; and the PGI Group were the UK parent Company of the Malawian tea company Lujeri. It was alleged that they were owed a duty of care in relation to sexually abusive, harassing and discriminatory acts alleged to have been committed against some of them by the Defendant’s managers and other employees, which had resulted in them suffering HIV, the birth of children and abandonment by their partners.

It was stated that the proceedings had non-financial motives and related to systemic human rights abuses.

(5) The court may at any stage of proceedings make a costs capping order against all or any of the parties, if –

(a) it is in the interests of justice to do so;

(b) there is a substantial risk that without such an order costs will be disproportionately incurred; and

(i) case management directions or orders made under this Part; and

(6) In considering whether to exercise its discretion under this rule, the court will consider all the circumstances of the case, including –

(a) whether there is a substantial imbalance between the financial position of the parties;

(b) whether the costs of determining the amount of the cap are likely to be proportionate to the overall costs of the litigation;

(c) the stage which the proceedings have reached; and

(d) the costs which have been incurred to date and the future costs.

At Paragraph 60 of his Judgment Mr Justice Cavanagh stated that: “CPR 3.19(5) provides that there are three preconditions which must each be satisfied before a CCO is made. These are that (1) it is in the interests of justice to make a CCO, (2) there is a substantial risk that without a CCO costs will be disproportionately incurred, and (3) the court is not satisfied that the risk of disproportionate costs can be adequately controlled by costs budgeting or a detailed assessment. If these preconditions are met, the Court is not bound to make a CCO: it has a discretion to do so.”

Mr Justice Cavanagh determined that all of these preconditions had not been met, and therefore, It would not be appropriate having regard to proportionality, to cap the costs at a figure that was less than the minimum costs that the Claimants required to litigate their claims effectively (paragraph 71), which would lead to “a gross inequality of arms.”