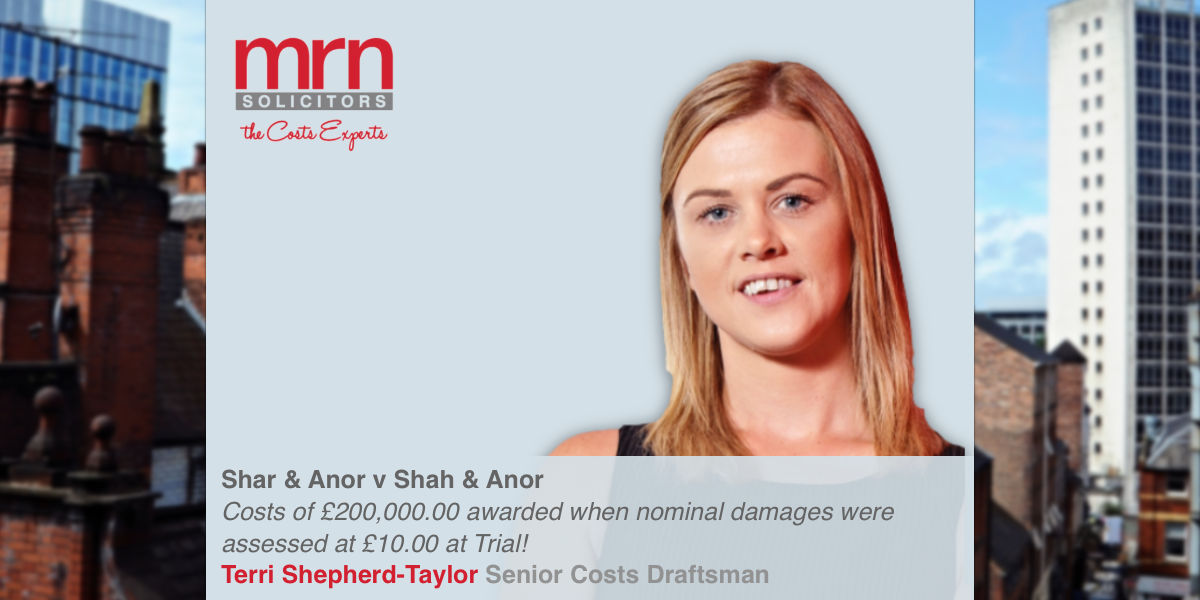 An appeal in the case of Shar & Anor v Shah & Anor has recently taken place against a cost decision in the County Court where it was held that the Claimants could recover their costs after securing damages of just £10.00 following trial.

By way of background, the substantive claim involved a difficult and protracted family dispute over an apartment in India. Following a partial agreement being reached on the transfer of the ownership of the apartment, the Claimants later brought a claim alleging breach of obligation and sought damages to the tune of £30,000.00. A Trial took place in the County Court in October 2020 where the Judge found that the Defendants had breached their obligation and awarded the Claimants nominal damages of £10.00.

Written submission on costs ensued and on 22nd October 2020, the Judge awarded the Claimants their costs. The Judge found that the Claimants had made an operative Part 36 offer of £1.00 for damages together with payment of their costs and so ordered the Defendants to pay their costs on the standard basis until the date of the offer and then on the indemnity basis thereafter. The Defendants appealed this decision.

Mrs Justice Collins Rice heard the appeal on 26th May 2021 and concluded that the Claimants were the successful party at trial and that the Judge had correctly applied the rules in respect of the costs consequences.

It is clear from the result of this case that a well-pitched Part 36 offer was made, which of course carried significant cost risks. Further, the conduct of the parties had an influence on the decision. The Judge in the County Court noted that the Claimants had invited the Defendants to acknowledge the breach but they did not. The Judge also noted that the Defendants were ‘unbendable’ indicating that the costs may have been avoided had they adopted a different approach to the claim.

It appears that the Defendants only have themselves to blame for this result!