Court of Protection – Hourly rates, is this a sign of things to come? 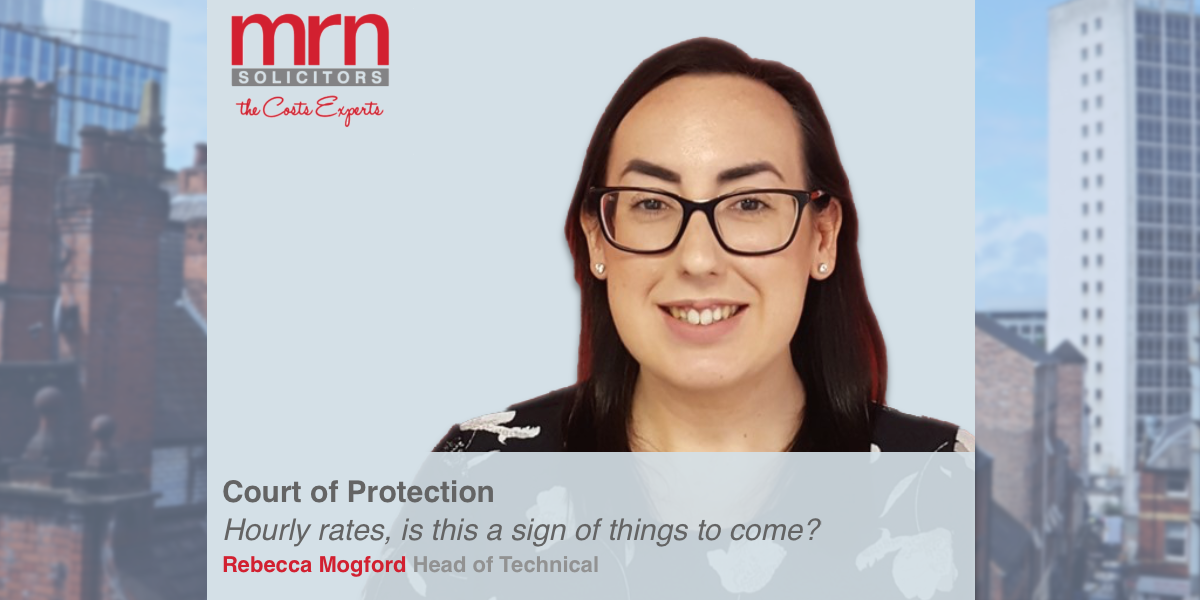 This morning it was announced that a significant step had been taken in the Courts accepting that the Guideline Hourly rates that had been in place since 2010 (and indeed not updated) were no longer reasonably viable.

Master Whalan, has provided commentary in a case which concerned an Appeal to the challenge on the application of Guideline Hourly rates, stating:

“In 2020 the GHR cannot be applied reasonably or equitably without some form of monetary uplift that recognises the erosive effect of inflation and, no doubt, other commercial pressures since the last formal review in 2010”

He then went on to say:

Master Whalan specifically stated that rates claimed at 120% of the 2010 rates (20% above the 2010 rates) should be regarded as reasonable until the hourly rates are revised.

Today’s news will be welcomed by Professional Deputies across the board and indeed by the wider legal industry as it will be hoped that this is a sign of things to come.