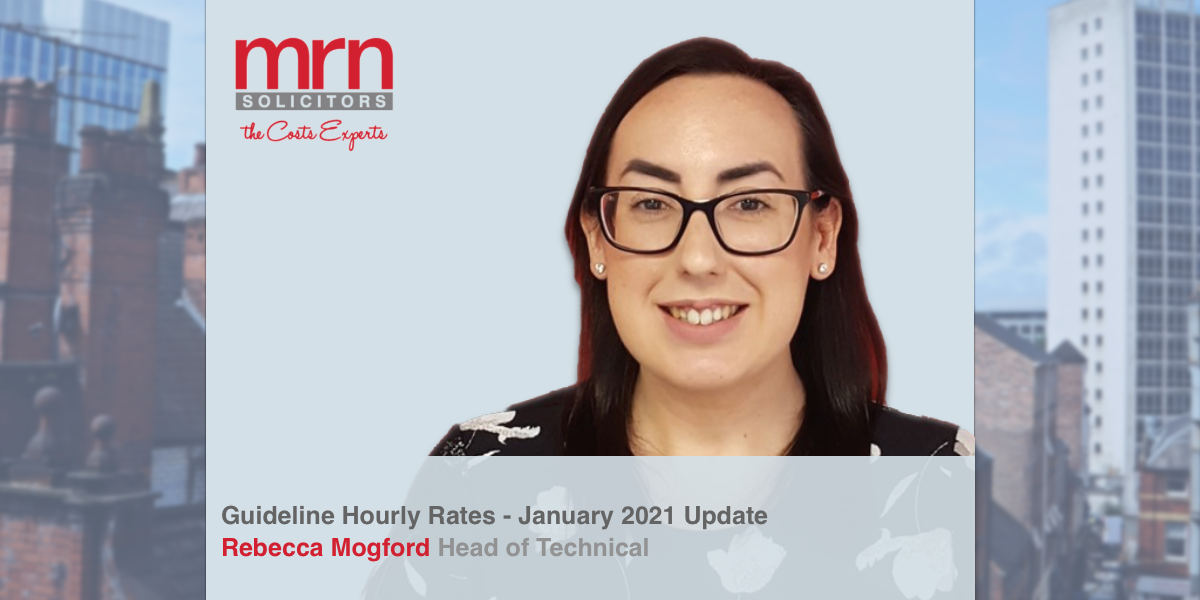 As we have recently reported, Guideline Hourly Rates have been something of a hot topic over the last few months. We have now received the eagerly anticipated working group report for consultation from the Civil Justice Council.

The report provides a number of recommendations and reminders, namely, :-

The proposed rates are as follows :-

These rates are not beyond the sort of level we were expecting to see, with the recommended % increase ranging from 6.8% to 26.78%. The hope is that the recommendations will not take long to be implemented, however, after a 10 year wait we know that litigators will be hoping there isn’t much longer to wait.