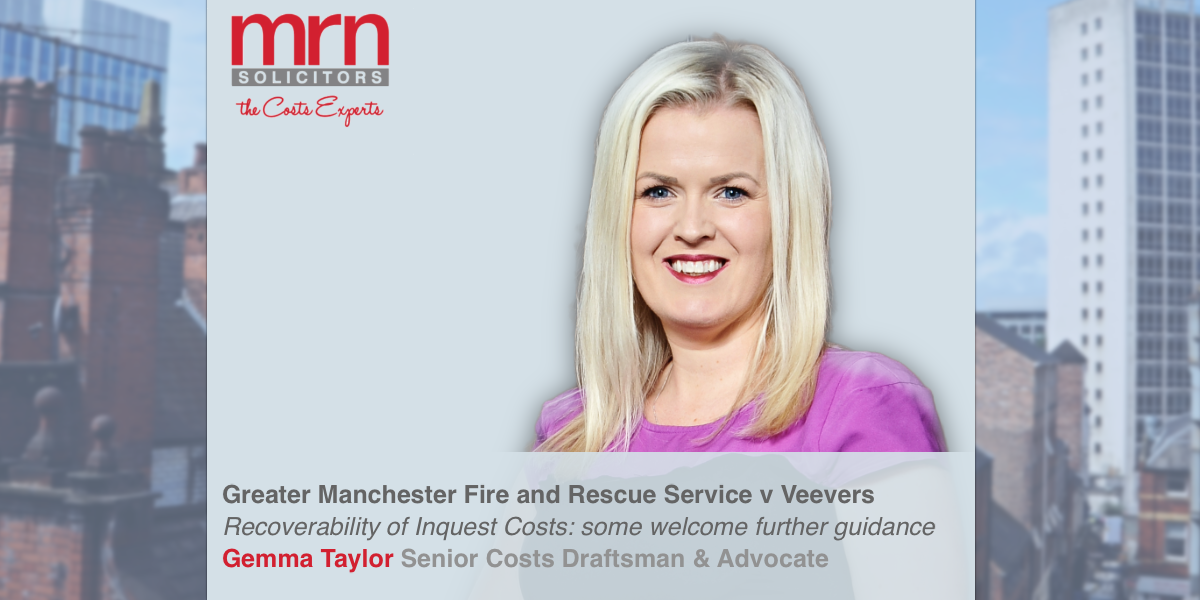 Helpful guidance has been provided by the High Court on recoverability of inquest costs during the course of a personal injury claim. Distinction has in the past been drawn between circumstances in which an unqualified admission of liability has been established prior to the date of an inquest (Douglas v Ministry of Justice & Care UK [2018] EWHC B2 Costs). His Honour Just Pearce, sitting at the High Court in Manchester, concluded that inquest costs were recoverable in principle but would be subject to detailed assessment. The decision did however rest on the facts of the case as opposed to providing a blanket entitlement. In Veevers, the paying party had confirmed, in correspondence to the receiving party, an open acceptance of a liability to pay damages in full. There was however no admission of liability. This was deemed to be an important distinction. Deputy District Judge Harris, sitting as a costs judge, had “accepted that the Respondent was entitled to perceive a risk that the Appellant might resile from their statement that they would compensate the estate and dependents of (the deceased) and that in those circumstances, the cost of attending the inquest were recoverable”.

The Paying Party subsequently appealed the decision of the Court of first instance. In dismissing the Appeal, His Honour Judge Pearce considered that “costs of preparing for and attending the inquest are costs “of and incidental” to the instant claim and are in principle reasonable and proportionate”

Whilst recoverability of inquest costs remains an area of costs litigation that very much turns on the facts on each occasion, the decision in Veevers is a welcome decision for bereaved families and their entitlement to representation at an Inquest in circumstances where a Defendant has not made an “unqualified” admission in any ongoing civil proceedings.

Whilst this decision is specific to the relevance of an admission of liability to recoverability of inquest costs, MRN’s previous articles relating to inquest costs generally may be of interest and are herein provided:-

Fullick & Ors v The Commissionaire of Police for the Metropolis